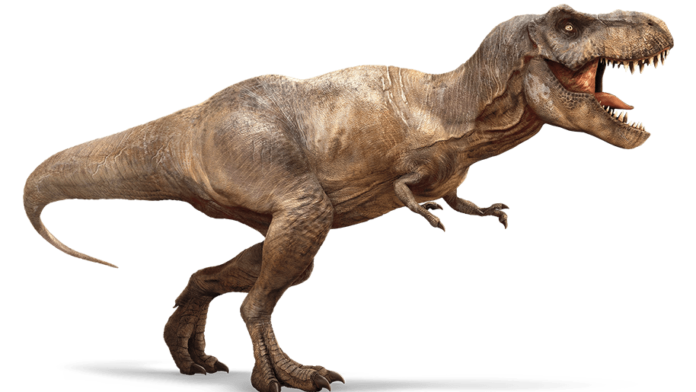 One of the most well-known dinosaurs was Tyrannosaurus Rex. Numerous novels and films have been inspired by it, including the iconic Jurassic Park series and the Television series and video games. Likewise, people buy realistic dinosaurs costumes to relive their existence. A lot of information is available on these ferocious carnivores. Paleontologists and scientists have discovered a lot about this ancient creature, yet so much remains a mystery.

One of the most unusual things about this species is how much of what was originally taken for granted has been proven wrong. Tyrannosaurus Rex, however, was a monster of many fascinating facts. You will be astonished at what this species can accomplish, from its nutrition and bodily structure to brave hunting abilities.

Below, we shall learn the truth about T. Rex, the Cretaceous period’s most famous dinosaur. We will also cover the facts regarding T. Rex and some of the more disputed aspects of the creature.

What kind of food did T Rex consume?

For these deadly ancient creatures, which were carnivorous and vicious predators, they feasted on the flesh of their prey. We can only guess what the dinosaurs ate for the most part based on what we can see in their teeth. It is common for carnivorous creatures to have teeth that are sharp, serrated daggers.

Having this set of teeth helps the creature to kill its prey and pulverize the flesh before ingesting it. T. Rex, on the other hand, didn’t mince or ground its prey; it devoured portions of food intact.

T. Rex’s lower jaw possessed a joint about halfway down its length, which may have aided in absorbing some of the impacts from stumbling prey. Triceratops is a wonderful illustration of prey. They were big, horned dinosaurs. However, Triceratops were one of the most frightening dinosaurs by T. Rex, despite being capable of an intense battle when fully grown.

Even worse is the possibility that these ancient, terrifying monsters hunted themselves. Scientists and paleontologists discovered that certain T. Rex bones had bite marks resembling those of other T. Rex. Perhaps this was triggered by a conflict for dominance or cannibalism.

How large Was Tyrannosaurus Rex?

The location of T. Rex’s discovery is unknown

Let’s go back in time a little. A fragmentary T. Rex skeleton was found in Montana in 1902 by Barnum Brown, an associate researcher in the Vertebrate Paleontology Division of the American Museum of Natural History.

The dinosaur’s skeleton was recognized as the holotype specimen—the one specimen that bears the name of a distinct species. It wasn’t until the next several years that they and their crew made several discoveries in the West. T. Rex specimens have been found from western North America more than 50 times in the last century.

Origin of the name

Greek words “tyranny” and “Saurus” were used to create Tyrannosaurus rex. In Latin, the words “tyrant” and “lizard” are used interchangeably. ‘rex’ is Latin for “King.” The combined meaning of the terms is “tyrant lizard king,” which we believe is a fair description of this reptile.

Researchers are baffled as to why the T. Rex has two little clawed arms. Some experts feel that short arms are much less prone to fracture and need less energy to maintain, which might help retain the T. Rex as the obvious monarch of the dinosaurs.

T. Rex had the biggest teeth ever found

T-Rex teeth are the biggest of any known predatory dinosaurs. It is believed to have been around 12in (30cm) long when incorporating the root.

The majority of T. Rexes perished at an early age, frequently before the age of one, owing to malnutrition, sickness and predator attacks. They only lived to the age of 28 for the oldest T. Rex ever found, a relatively short lifespan. Researchers believe that this 28-year-old fossil shows that it was subjected to a lot of stress throughout its career, which might be due to the many conflicts it had with other dinosaurs.

When you talk about a massive animal like the T. Rex, which graced the earth several years ago, you wouldn’t lack several interesting facts. Still, having existed so many years ago, getting concrete information is easier said than done.

Everything You Ever Wanted to Know About Children Who Are Attached to Their Mothers.

In our opinion, there are only two types of people in this world: those who have traveled and those who haven’t. Whether...
Read more
TOP TRENDING

Expected to be a romantic trip but still want some romance in your life? Here are 10 ideas that will make even...
Read more