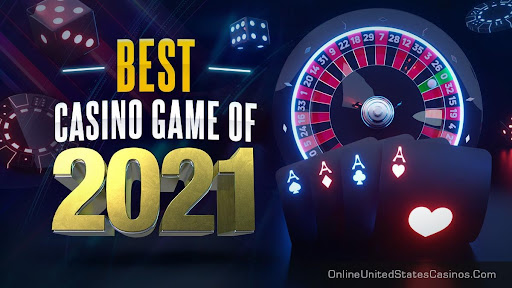 Online wagering is no longer a small section of the global gaming industry. It is slowly taking it over, on course to surpass the revenues generated by land-based establishments in the next decade. According to statistics, there are over twenty thousand casino games in the digital sphere that come from more than 400 providers of gaming products. For perspective, a year ago, the internet’s casino catalog consisted of seventeen thousand titles.

To find some of the best casino games online released in 2021, gambling enthusiasts can visit top interactive betting review hubs like OnlineUnitedStatesCasinos.com, or they can read on to discover five such quality picks.

Tiger King: Murder, Mayhem, and Madness is the title of the true-crime documentary series that got released on Netflix in March of 2020. Per Nielsen ratings, over 34 million people watched it in the first ten days following its release, making it one of Netflix’s most successful shows ever. It focuses on the life of zookeeper Joe Exotic, who operated the Greater Wynnewood Exotic Animal Park in Wynnewood, Oklahoma.

There is no doubt that Joe Exotic quickly became one of the most recognizable names on the internet in 2020. Innovative slot provider, ironically named Red Tiger, took note of this outrageously colorful character and purchased the rights to create a reel spinner using his image. Joe Exotic hit online casinos everywhere in June of this year, and it is a fun, five-reel, four-row game that features twenty paylines and accepts penny bets.

Everyone that loves testing their luck on slots at online casinos has heard of NetEnt’s Gonzo’s Quest. Released in 2013, this is one of the most famous reel-spinning products ever that introduced the Avalanche mechanic to this genre. It has a Megaways version, and since May, it also has a live variant from Evolution Gaming. That became possible due to Evolution buying out NetEnt in 2020, bringing the Swedish developer into its fold.

The aim here is to wager on stones that match ones that players later pick to get revealed. The more selections a player buys, the more his chances grow for winning prizes. Each round is super unique, with up-front wagering picks determining each gambler’s destiny. Gonzo’s Treasure Hunt also features a Prize Drop that adds additional rewards to hidden prizes, and it has a Re-Drop mode.

Gordon Ramsay is a restaurateur and a TV personality, renowned for his fiery temper and regular use of profanity. The latter has caused him to become a popular internet meme. In 2004, he began hosting Hell’s Kitchen, a British reality TV show that gathered prospective chefs and pitted them against each other in a contest lasting several episodes. The show was a massive hit that spawned a US version.

Gordon Ramsay is not shy about growing his brand, so no one got shocked when he partnered up with NetEnt to produce a slot that bared his name. There is nothing exceptional about Gordon Ramsay: Hell’s Kitchen reel-spinner. However, it is a low variance title that has a max prize of x1,000. Since the max wager limit here is $400, this is a product that many high rollers love playing. Its graphics are not too shabby either.

Interactive gaming experts view India as a vital market. There are no Indian-based online casino operators due to the country’s legal stance concerning this activity. Yet, its residents are free to play at offshore sites without fear of persecution. Gaming operators know this, so they supply products that cater to them. Ezugi is one such example of a company that has grown substantially due to its live Andar Bahar and Teen Patti tables.

Now, Ezugi has released another Indian live table option called 32 Cards. It gets played with a 32-card deck, where the aces, twos, threes, fours, and fives are missing. A dealer supplies one card for four hands, and it is up to the player to select which one will have the highest total once a second card gets dealt.

Evolution Gaming pioneered the live game show model with Dream Catcher in 2017. After the success of Crazy Time, they seem to be going all-in with this genre, aiming to make it the most popular option at casino-style gambling sites. Cash or Crash Live is a super entertaining addition to their Augmented Reality series of titles.

The studio setting here mimics the inside of a blimp, while the gameplay emulates popular crypto Crash games. That means that if you draw green balls you climb higher up a prize ladder, while red ones lead you to bust.

These are only five 2021 picks we deem worthy. Since a couple of thousand titles hit gaming platforms in 2021, there is no shortage of novel options. All they require is a curious mind to get discovered.

Shelly Schiff has been working in the gambling industry since 2009, mainly on the digital side of things, employed by OUSC. However, over her eleven-year career, Shelly has provided content for many other top interactive gaming websites. She knows all there is to know about slots and has in-depth knowledge of the most popular table games. Her golden retriever Garry occupies most of her leisure time. Though, when she can, she loves reading Jim Thompson-like crime novels.